Fashion Rings & Beautiful Hand Made Jewelry -Custom Rings Designs by Christoph Krahenmann Fashion Rings - The Beautiful Jewelry of Christoph Krähenmann
is a fusion of Swiss craftsmanship and American ingenuity, old world elegance and contemporary design. He is one of few jewelry designers in the United States who not only designs his jewelry but also crafts each piece by hand, using traditional European tools and techniques and the highest-quality materials.

Christoph's Artist Statement
"My creative life’s philosophy is to combine avant-garde cutting edge design with the most expansive interplay of art, space and functional beauty in jewelry. I like to explore the borderline between art jewelry and fine jewelry,” says Krähenmann. “I have always been influenced by architecture but my own designs have become much softer. I believe jewelry should be luxurious and voluptuous. It should have depth and sensuality. That’s what I strive for.”
Christoph's Bio
Born and raised near Lake Zurich, Switzerland, Krähenmann became interested in art and design at an early age and began studying classical goldsmith techniques in his teens. After apprenticing four years under Zurich designer Peter Bürlimann, he received his diploma in 1980. A year later, he moved to southern California, where he worked for established jewelry houses like Bosshard and Silverhorn. In 1986, at the age of 26, Krähenmann took first place in the American Gem Trade Association’s prestigious Spectrum Awards. Since then, he has won five Spectrum Awards and an Argyle Diamonds International Design Award.
Your Very Own Custom Christoph Gemstone Ring?
Can be done quickly and at a surprisingly low cost by AfricaGems. Christoph will personally render a beautiful series of sketches based on your design preferences and gemstone selection. This is done for a very small fee which is deducted from the final cost of the ring project. To learn more, contact Marc 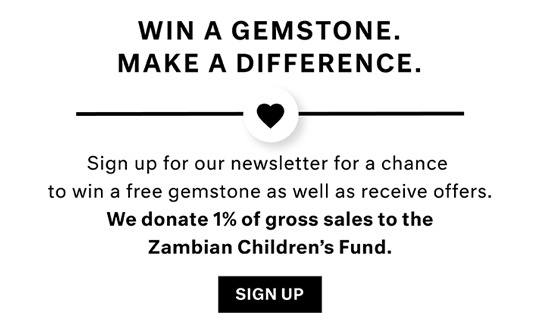